AKE FOREST, Ill.  The suspense about who will line up under center in the season opener Sept. 7 in Indianapolis ended Monday when coach Lovie Smith anointed Kyle Orton the Bears starting quarterback.

In earning the job, Orton outdueled Rex Grossman in a competition that began in the offseason.


Kyle Orton has compiled a 12-6 record as a starting quarterback in three seasons.
The decision was based on Ortons body of work dating back to his performance late last year. Seeing his first regular-season action in two years, he completed 43 of 80 passes for 478 yards with 3 touchdowns, 2 interceptions and a 73.9 passer rating as the Bears lost to the Vikings before closing 2007 with back-to-back wins over the Packers and Saints.

Prior to facing the Vikings Dec. 17 in Minnesota, Orton hadnt stepped on the field since compiling a 10-5 record as a surprise starter during his rookie season in 2005.

Starting against the Chiefs and coming in off the bench versus the Seahawks, Orton won the competition without directing the offense to a touchdown or completing a pass of more than 17 yards. His five preseason possessions resulted in two field goals and three punts.

Orton closed with a flourish Saturday night in Seattle, operating a two-minute drill with efficiency. He engineered a 10-play, 51-yard drive in just 1:34, completing 5 of 7 passes for 43 yards to set up Robbie Goulds 39-yard field goal with :21 remaining in the first half.

Under constant pressure from a fierce Seahawks pass rush, Grossman failed to lead the Bears offense past midfield on five possessions. His only turnover in two preseason games came when he was drilled in the back by Seattle defensive end Darryl Tapp, leading to an interception. 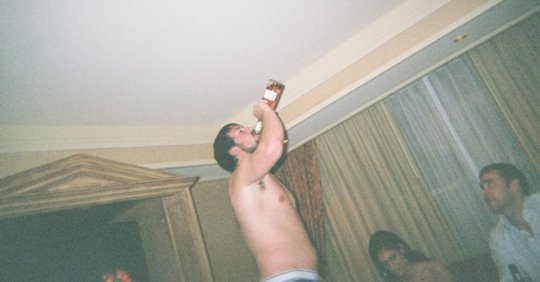 Quote:
Originally Posted by Bug View Post
I will sock ya square in your snot locker if you EVER use the term "Bron Bron" in my presence - BAHLEEDAT
Paladin is offline
Quote Quick Reply
post #2 of 2 (permalink) Old 08-18-2008, 05:01 PM
crashomon
SV650N

Good for the bears. Its like picking the lesser of two evils (and how the F$%! we got to the Super Bowl with Grossman is one of life's mysteries to me)

Either way, with such a porous offensive line, I'm thinking injuries will bring the rookie in as starter by the third game. Mark my words, you heard it here first!
crashomon is offline
Quote Quick Reply