This is the FBI - Chicagoland Sportbikes

We have been directed to inform you that we have been monitoring all your contacts with some fraudsters/impostors on the internet that claims to be working for the Nigerian Government and the FEDERAL BUREAU OF INVESTIGATIONS (CIA) and this agency which is HOMELAND SECURITY SERVICES AND THE CENTRAL INTELLIGENCE AGENCY (CIA) has been on your aid in other to protect you from being prosecuted by the International Crimes Department by asking you to secure the FREE CITIZEN CERTIFICATE after the Clean Bill Certificate has been issued to you previously by the FBI as we have it here in our database but instead of you doing that you still continue you contact with the Criminals on the internet that claim to be working for the release of some fraudulent funds to you.

You are suppose to have been arrested earlier before now by the CIA following the orders that were given by the International Crimes Department, the Nigerian Government has been contacted on this development and they are also helping us in tracking down on the criminals that has been confusing you all this while.

So right now all you need to do in other to protect your image and that of your entire country is to get the FRAUD CLEARANCE CERTIFICATE as you have been warned because we are suppose to carry out the arrest on you today but due to the fact that some assignments was carried out by the fraud department of the FBI, it has been canceled and the new date would be announced later.

This is the final notification that i would be sending to you because we already have all your details/information and you ID in our database which would be forwarded to the WORLD COURT as your name has been enlisted in the WORLD SCAM RECORDS as a top 11 fraudster.

For the last time we are advising that you stop any further contact with any person or group of persons that claims to be working for the issuance of your funds because no such funds exist as far as we are concerned and the only funds that was entitled to you of which the FBI has been given the necessary order to necessitate the transfer is the compensation funds which is valued at the sum of $12million usd that was issued to by the Nigerian Government to compensate you for the embarrassment and insults to your personality which the Nigerian Fraudsters used your identity to dupe a German business man of a huge amount of money and which we are still investigating until this moment.

If you know that you really want to save your life and the future of your family, we are advising that you secure the FRAUD CLEARANCE CERTIFICATE so that your name can be shortlisted from the scammers list which has already been submitted to the International Crimes Department and this certificate will give access to the issuance of your compensation funds.

We have also spread our networks to the following countries which are Australia, Canada, Africa, United Kingdom, Asia and Poland.

All the people that have their names in the list would be inset in our website any moment from now because we are charged to wipe away all the fraudulent transactions being held on the internet in which many people have lost their lives and properties.

So it will be better for you to update us on the actual date in which you would be able to make the payment of $100 Usd to the agency over there in Nigeria for them to issue the FRAUD CLEARANCE CERTIFICATE to you because that is the only guarantee that would make us believe that your name and ID was really forged and not real as claimed because the German Business Man has contacted all the Crimes Agency on this matter and it was your ID that he has placed in all the Crimes Department for a search of you.

This Certificate will be attached along with the previous Clean Bill Certificate so that the attorney who is handling this process could get everything mandated as you have only 12hours to co-operate with this directives and this last Certificate as stated by the issuance department would cost you the sum of $100 Usd and this fees should be paid within a short while from now on.

The payment should be sent through either Western Union Money Transfer or Money Gram Transfer with the below details:

The payment details should be sent once the payment has been sent and don't forget to include the Senders Name and Address and the MTCN NUMBER.

This is our advise to you and we do hope to get a positive feed back from you as soon as possible.

U should send him/her an email back with an attachment that has a nice,nasty virus. Just check your spam folder as I'm sure there r plenty there now.
...plus my gf was with me saying "omg slow down, slow down" and I was thinking "Lose annoying squalk box in passenger seat, afford more mods and have less weight in the car and on the back of the bike"...so i dumped her and I'm single again as usual...HERE KITTY KITTY!!!

Quote:
Originally Posted by Arch View Post
pussy is the root of all evil...
Quote:
Originally Posted by Hunny View Post
mmmm pussy
You dont like me....i dont give a fuck...cause i'll still put ya in the hospital...me tollerating you is all that matters...
Thunderstruck is offline
Quote Quick Reply
post #3 of 21 (permalink) Old 07-13-2011, 07:01 AM
Kegger
King Nothing


Join Date: Aug 2010
Location: parts unknown
Posts: 838
Location: parts unknown
Sportbike: zx6r
Years Riding: not long enough
How you found us: friend
im sure you want to "to save your life and the future of your family." so, you should probably send 2 payments jus to be safe.
nannho is offline
Quote Quick Reply
post #8 of 21 (permalink) Old 07-13-2011, 08:09 AM
Flying_Hellfish
Rex Banner

Join Date: Aug 2002
Location: Aurora
Posts: 2,560
Location: Aurora
Sportbike: 99 SV650, z50r
Years Riding: A few years
How you found us: A tranny told me
I couldn't get past the fact that the FBI is the CIA.
Lord, beer me strength

Quote:
Originally Posted by Loki047 View Post
Is it really that hard to shut these scanners down?
These dudes sit in internet cafes in Nigeria and send this stuff out all the time. Unfortunately there are more than enough dumb people in the world to keep them in business.
Never a bad time to climb... unless the weather is really horrible, and then you climb inside!

Join Date: May 2008
Location: Joliet
Posts: 1,371
Location: Joliet
Sportbike: R6
Years Riding: 12
How you found us: Sportbike Track Time
I'd be worried about being arrested today if I were you.

Join Date: Oct 2006
Location: Alsip
Posts: 8,503
Location: Alsip
Sportbike: 01 Giggy 7fidday
Years Riding: been riding your mom for years
How you found us: The hobo on lower wacker sold me the link.
Send a message via ICQ to SilentAlero

Quote:
Originally Posted by Kegger View Post
Talk about a run-on sentence.
I don't think grammar or punctuation is a requirement at the FBCIA

Quote:
Originally Posted by Pocket Rockets View Post
I knew you were a terrorist
x2
Dgrsuspension.com

Quote:
Watching the Cubs lose is the opposite of appreciating a fine wine  its like watching a car accident in progress. Its horrifying, yet gruesomely riveting, and you cant help but watch and sympathize with the poor souls inside.

Join Date: Nov 2003
Location: Houston
Posts: 11,638
Location: Houston
Sportbike: 01 F4i (Well, I HAD one, anyway)
Years Riding: 7
How you found us: I google myself regularly
Send the money "to the agency over there in Nigeria."
Yeah, even US government workers don't write that poorly.

Benjamin Franklin - It is a strange anomaly that men should be careful to insure their houses, their ships, and their merchandise, and yet neglect to insure their lives.
PolishPete is offline
Quote Quick Reply
post #20 of 21 (permalink) Old 07-13-2011, 06:06 PM
shadrach
BSB > WSBK > MotoGP 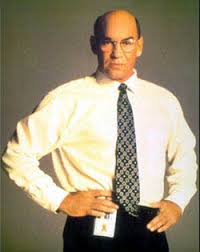 why are you not hosting some charlie sheen type parties ?
i want to drink, but only to kill a certain few brain cells and i don't care how many i have to take out to get to them.