The best deal will be if I stay home and decorate the house for christmas and maybe take the bike out for a short ride.

Otherwise, I am thinking about replacing one of our CRT tvs (that we do not watch very often) with a LCD.
Greg

Join Date: May 2006
Location: Alaska, WI
Posts: 15,710
Location: Alaska, WI
Sportbike: 2016 Honda Africa Twin & 1979 Honda CB750F
Years Riding: long enough to have fallen off a few times - glad I wear a helmet!
How you found us: Loose Lips Sink Ships, Loose Wires Cause Fires
Kenmore dishwasher from Sears. Black. There are two models I am looking at. One is $349 and one is $399. I can't tell the difference.

I am not going for any doorbusters. I am going to buy online at either midnight or 4 am, whenever they show up on the site.

All the deals you can get at the store friday you can easily get online as well and NOT have to deal with people or traffic. Also dont forget cyber monday. Tons of better deals on monday online only.
2008 Suzuki gsx 650f.

Nothing really worth it anymore. He whom has a TV, most likely does not need another. Heck, I'm surprised the GPS units are still going and selling..
Jon
MSF Instructor

Join Date: Apr 2005
Location: Gold Coast
Posts: 32,752
Location: Gold Coast
Sportbike: Sportbike?
Years Riding: No F'in Idea
How you found us: 4 & 6
Fast By Ferracci - Held Racing Gloves - IMHO best on the Market - Normally $150 and they hAve them for $100 - Not a bad deal - Basically same as "New Enough" when they have them on sale - Loved mine when I rode street

http://www.ferracci.com/store/cart.p..._detail&p=1050
"Life is not a journey to the grave with the intention of arriving safely in a pretty and well preserved body, but rather to skid in broadside, thoroughly used up, totally worn out, and loudly proclaiming WOW, what a RIDE !!"
Bug is offline
Quote Quick Reply
post #7 of 37 (permalink) Old 11-25-2011, 12:33 AM
JRobbins
I am the Stig.

Join Date: Nov 2008
Location: Chicago
Posts: 3,763
Location: Chicago
Sportbike: 09' Triumph Daytona 675, 06' Triumph Thruxton, 74' CB360
Years Riding: Some say he's been ridin motorcycles since before they were invented... all we know is he's the Stig
How you found us: Met Chills while rockclimbing.
Best Buy in Lincoln Park just opened 30 min ago and the line is around the block ... small ass store and everyone thinks they're gonna get the $200 TV they advertised, crazy just crazy. If MCC Was having a black friday sale on motorcycles for redic prices I'd stand in line... but for a TV or some DVD's, why????
GO
HAWKS!

I'd much rather pay few extra and order online.

And if you stand in the city, people cut in all the time, bring their friends and cousins later into the night when everyone's too tired to notice.
You better be nice to America or we will bring democracy to your country.
Gone In 3 is offline
Quote Quick Reply
post #9 of 37 (permalink) Old 11-25-2011, 03:49 AM
nowotarzan
Registered User 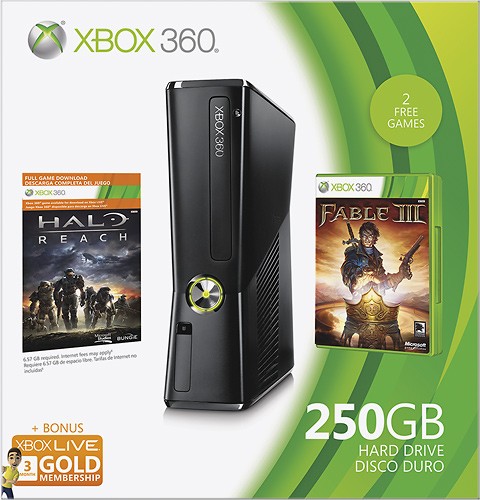 i want to drink, but only to kill a certain few brain cells and i don't care how many i have to take out to get to them.

Join Date: Jun 2008
Location: westmont
Posts: 1,432
Location: westmont
Sportbike: gxr600k8
Years Riding: 4yrs
How you found us: newenough.com
Quote:
Originally Posted by jrock View Post
Kenmore dishwasher from Sears. Black. There are two models I am looking at. One is $349 and one is $399. I can't tell the difference.
I bought a Kenmore Elite washer and dryer set last year (not a doorbuster) and they still aren't selling it for as low.
oh the ones that catch on fire
i want to drink, but only to kill a certain few brain cells and i don't care how many i have to take out to get to them.

NEW YORK (Reuters) - The holiday shopping season got off to an ugly start as a shopper pepper-sprayed rivals in a battle for bargains and robbers shot shoppers to steal their Black Friday purchases, police said on Friday.

Up to 20 people were injured after a shopper used pepper spray in California to get an edge on rivals and in a second incident, off-duty officers in North Carolina used pepper spray to subdue rowdy shoppers waiting for consumer electronics.

In San Leandro, California, a man was in critical but stable condition after being shot by robbers in a parking lot outside a Walmart at 1:50 a.m. local time, Sergeant Mike Sobek said.

The man was in a group of men headed for their car after shopping when robbers confronted them and a fight ensued, Sobek said. The man's shopping companions held down one of the robbers until police arrived and took him into custody.

"It doesn't look like they got away with anything. They weren't expecting these guys to fight back," Sobek said.

In Los Angeles, authorities were reviewing security tapes to track down a Hispanic woman in her 30s who pepper-sprayed a crowd at a Walmart as customers swarmed for Xboxes on sale late Thursday, Los Angeles police Sergeant J. Valle said.

"They were opening a package to try to get some Xboxes from a crate and this lady pepper-sprayed a whole bunch of people in order to gain an advantage over the Xboxes," Valle said.

Firefighters treated and released up to 20 people injured in the incident at a Walmart in Northridge, California, authorities said. It was not known whether the woman actually purchased the Xboxes, Valle said.

Off-duty police officers working as security for a Walmart in Kinston, North Carolina, used pepper spray to keep shoppers at bay who were anxious for the midnight Thursday start of an electronics sale, authorities said.

When customers tried to grab merchandise from the palettes before the sale time, the off-duty officers, who were hired as store security guards for the event, discharged pepper spray to restore order, Johnson said. One man was arrested for failing to follow officers' orders, he said.
Gone In 3 is offline
Quote Quick Reply
post #14 of 37 (permalink) Old 11-25-2011, 05:19 PM
under200
Registered User

Join Date: Feb 2004
Location: norridge, IL
Posts: 5,837
Location: norridge, IL
Sportbike: 2009 Triumph Street Triple R, 2011 Triumph Bonneville SE
Years Riding: 11
How you found us: web search
China has to be laughing their ass off at how Americans that are trillions in debt to them are lining up at stores to buy all their shit they exported.
Ironic, the better that store sales are the more screwed up our economy gets.
Under200
under200 is offline
Quote Quick Reply
post #15 of 37 (permalink) Old 11-25-2011, 05:33 PM
shadrach
BSB > WSBK > MotoGP

"Thats it, nobody gets out of here alive."

Got some other assorted items, overall it was fun and it is something I do almost every year. Never had a really bad experience. But I can obviously see how anyone would not want to go out all day.
Corey aka: phkz24
NESBA "I" #24
MSF Instructor

I had to go to lowes to get stuff for house projects, wasn't crowded at all. They did have an 18v dewalt drill with charger and case for either 89 or 99 I forget which but either way it's a huge bargain at about 50% off. They had tons of them and no one seemed interested. If I didnt already have a 14v dewalt I would have bought one
Chris
Vcook is offline
Quote Quick Reply
post #20 of 37 (permalink) Old 11-26-2011, 04:54 AM
JRSMAIL
Registered User

Wife and I went out around 11 to see the crazies, and some of the stores still had there door busters left over.... We did some shopping and came home to do house work outside and wash the cars...

I think it's funny how each year the deals got shittier and shittier and now the "doorbusters" can be found easily.
FiReBReTHa is offline
Quote Quick Reply
post #22 of 37 (permalink) Old 11-26-2011, 12:30 PM
ThirdgenTa
Registered User

Quote:
Originally Posted by Pocket Rockets View Post
I picked up a 46" and 40" tv from Target. Pretty relaxed and light atmosphere.
This wasn't the Naperville one was it? I talked to a guy at CompUSA and he said he was there when they opened the doors. Guess he saw some lady bring her grandkids and bricks in her purse. She was hitting people with them and she had her 8 grandkids knocking people over to get items. When the cops came she nailed the cop with a brick and got arrested. This dude claims he watched it all happen.
ThirdgenTa is offline
Quote Quick Reply
post #23 of 37 (permalink) Old 11-26-2011, 01:39 PM Thread Starter
Gone In 3
Registered User

Visit msnbc.com for breaking news, world news, and news about the economy

Fucking animals. You'd think nobody has heard of the internet. I'd rather pay a few bucks more and have delivered to me while I sip whiskey and watch Blu-Rays at home.

Join Date: Apr 2002
Location: Chicago (NW side) 60707
Posts: 2,625
Location: Chicago (NW side) 60707
Sportbike: 2000 ZX6R (the green one!)
Years Riding: 2000
How you found us: I've been here a while...
Gift cards FTW. That way the people you give them to can take advantage of after-Christmas sales (and if you buy the gift cards through a school, church, or other organization participating in a "Manna" program, they get a percentage).
"Stupidity is also a gift of God, but one mustn't misuse it." - JP2

"everyone's a nutjob, some just have more restraint than others" - EndlessRR

Quote:
Originally Posted by Norseman82 View Post
Gift cards FTW.
IMO gift cards FTL. I hate spending them, I hate getting them. Many times they end up being difficult to use, and other times the companies go under or no longer accept them. Plus they are too impersonal and completely go against the spirit of a gift in the first place.
Jeff
NESBA #311
'02 GSXR600
'98 Smokin' Joe's F3
shadrach is offline
Quote Quick Reply
post #27 of 37 (permalink) Old 11-26-2011, 08:31 PM
Piercedqt78
Zydrate addict

Join Date: Mar 2008
Location: Suburbs, IL
Posts: 2,471
Location: Suburbs, IL
Sportbike: 600rr
Years Riding: 7 years
How you found us: From friends
Quote:
Originally Posted by RickC1957 View Post
Got what I wanted Thule Ski box, $247, I got it Wednesday....screw Black Friday.
I'm with ya. Eddie Bauer had 40% off everything on Friday. I called Wednesday, asked if they could put some stuff on hold for me, and then after sleeping in Friday, I mosied-in just before noon and picked up my stuff. Could only be easier if you buy online (but I wanted to try the sizing one last time to make sure it was correct, thus the in store purchase + it was only 30% off online).
Peter Katowicz
State Farm® - Agent
108 E Lake St. Unit 2
Bloomingdale, IL 60108
Office: (630) 980-9809
Fax: (630) 980-9858
[email protected]
www.PeterIsMyAgent.com

Benjamin Franklin - It is a strange anomaly that men should be careful to insure their houses, their ships, and their merchandise, and yet neglect to insure their lives.
PolishPete is offline
Quote Quick Reply