Join Date: Aug 2005
Location: Chicagoland
Posts: 2,173
Location: Chicagoland
Sportbike: '11 Harley VRSCF
Years Riding: 7 years
How you found us: searched under "degenerates"
Potty training
Jen and I started to potty train Anthony (2.5 yrs old) and it has been a patience-testing, messy process so far. Anyone with any ideas on how to speed up the process please please please help!

So far we are taking him completely out of his diapers and once every few hours putting him on the toilet for a little bit and telling him to go there. Also, after he goes in his pants we clean him up and put him on the toilet and tell him he has to go there. We are bribing him with the end-game of a toy or ice cream when he goes on the toilet. I just don't think he gets the concept yet.

Join Date: May 2005
Location: Elk Grove, IL
Posts: 2,494
Location: Elk Grove, IL
Sportbike: '05 CBR 600RR
Years Riding: Since '04
How you found us: Friend
Thats a good technique, but if he is not ready, nothing will help.
Our son Alex, he was 3 when he decided to go to the bathroom by him self,
and we tried and tried to make him, with no results.
" Never drive faster, than your guardian angel can fly."

Try reading him a book about it, you might need to demonstrate how the potty is used as well. 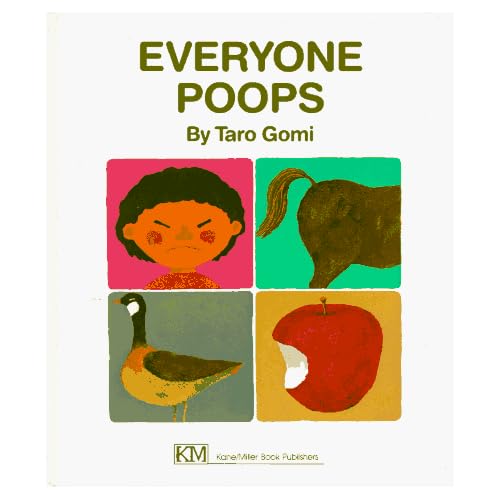 Make sure he has to help clean himself up. If you keep doing it there's really no incentive to stop. Try to not make him feel embarrassed either because that could prolong the process by making him want to go hide to do it (if he doesn't already). Once we started making the boys responsible for cleaning up (themselves and clothes) it got easier.

There's always the chance that he doesn't feel or know how to recognize the signals his body is giving that say "Hey.. you need the toilet" until it's too late. That will make it take longer (and by longer, I mean up to or longer than a year).

Just keep bringing him to the toilet, and re-encouraging that's where it's supposed to go.. and make him help as much as possible in the cleanup process... A bribe may/may not be a good thing. If he can't make the connection, it may be possible that he's just going to wonder why you're holding out on him and start to distrust you.. never making the action/reward connection. *shrug* Some kids are easy, some kids are harder even when you employ the same tactics... Good luck w/ it though...
Everyone Exaggerates

Have him talk with any man that experienced and catheter and foley bag and then have them explain the amount of pain you have. That will cure the issue

go time traveler style and go back in time, fuck his grandma, then shoot forward in time and then fuck his mom. Then return back to present state and call him a the product of two incest whores and hes your son and show video of you plowing the both members of his family. .
C2M is offline
Quote Quick Reply
post #7 of 21 (permalink) Old 11-17-2007, 09:49 AM
FiReBReTHa
U-P-G-R-A-Y-E-D-D

Yea my niece is almost 3 and still wears diapers, and her mom bribes her with ice cream or candy when she goes. It's getting better, but when they are ready... they'll know what to do.
Also they learn what they see, you don't have to actually be going, but my niece would sit there in the bathroom with her mom and she would just be sitting on the toilet not really going but saying she was, and how much of a big girl she was. Then my niece would want to try it because she wants to be a big girl too.
Bikes can be replaced...people can't...ride safe!!
http://public.fotki.com/kemeiz/
Sex is like math... you add the bed, subtract the clothes, divide the legs and pray you don't multiply!
<---- Kristin

Join Date: Aug 2005
Location: Chicagoland
Posts: 2,173
Location: Chicagoland
Sportbike: '11 Harley VRSCF
Years Riding: 7 years
How you found us: searched under "degenerates"
Quote:
Originally Posted by Mort82 View Post
Try reading him a book about it, you might need to demonstrate how the potty is used as well.
yeah.. that book is gonna be brought by santa

Quote:
Originally Posted by Hunny View Post
Yea my niece is almost 3 and still wears diapers, and her mom bribes her with ice cream or candy when she goes. It's getting better, but when they are ready... they'll know what to do.
Also they learn what they see, you don't have to actually be going, but my niece would sit there in the bathroom with her mom and she would just be sitting on the toilet not really going but saying she was, and how much of a big girl she was. Then my niece would want to try it because she wants to be a big girl too.
we're telling him the same thing about being a big boy. he watches us go to the bathroom too so hopefully that helps out.
Muskrat is offline
Quote Quick Reply
post #10 of 21 (permalink) Old 11-17-2007, 11:06 AM
toys4pops
Registered User

Join Date: Nov 2004
Location: Round Lake
Posts: 773
Location: Round Lake
Sportbike: '07 Factory RSVR
Years Riding: not long enough
How you found us: member
potty training
I tried at 2 yrs with my Son.
The biggest improvement I noted was when I took him to the bath room, I'd wait outside the stall or room. (Don't stand there and watch/wait for him/her to GO! He felt uncomfortable?- reminds me of USMC Boot Camp with the DI standing around yelling at everyone, giving us 30 secs to pee? WTF!

Don't rush her, take her to the BR, and let her go while you wait outside. Tell her to call you when she's done (then clean her up). When she has developed the habit, tell her she's a BIG girl now, "try cleaning up yourself"- then you double check.


Join Date: Feb 2005
Posts: 4,039
the only problem is with ice cream and candy is that they probably get that as a treat for other times too. Now I am NO EXPERT by any means lol since I don't have any kids of my own but my sister pretty much has her 2 year old potty trained. She found he liked washing his hands with foamy soap (it was like a big deal for him) so everytime he'd go potty in the toilet, he got to use the foamy soap. So then he only associated the foamy soap with after using the potty.

But yeah, every book or person will tell you someting different. Kids just learn at their own pace

Rick has been up for 36 hours straight...I was going to recommend "How to House Break Your Puppy in 7 Days"....then realized we are talking about kids

Hey, getting them to shit on a piece of newspaper by the backdoor is a step in the right direction because at least then they know that it has to go in a SPECIFIC SPOT.

... just don't teach them to piss in the apple juice jug in the fridge... (Unless you're at someone else's house).
Everyone Exaggerates

Personally, you are training a boy. Do what my mom did. She threw cheerios in the toilet, and told us to take aim. Worked for me, and I have been peeing in sinks ever since.

Join Date: Jun 2007
Location: Chicago
Posts: 14,574
Location: Chicago
Sportbike: Ninja
Years Riding: Long
How you found us: Dong
Quote:
Originally Posted by RickC1957 View Post
Rick has been up for 36 hours straight...I was going to recommend "How to House Break Your Puppy in 7 Days"....then realized we are talking about kids

they poop everywhere, bark, need constant attention, make all the women go "awww", keep you up all night, need treats and toys.

but they dont start humping legs til their teens.
Men will never be free until the last king is strangled with the entrails of the last priest - Denis Diderot
Village Idiot is offline
Quote Quick Reply
post #16 of 21 (permalink) Old 11-17-2007, 02:15 PM
Paladin
Hot-Wire Her With A Pin

I remember a strange stat from a psych class a long time ago. Something like 85% of all convicts were forced potty trained.
Quote:
Originally Posted by Bug View Post
I will sock ya square in your snot locker if you EVER use the term "Bron Bron" in my presence - BAHLEEDAT
Paladin is offline
Quote Quick Reply
post #17 of 21 (permalink) Old 11-17-2007, 03:12 PM
Arch
Irony helps us play!

Everyone better watch out.
Everyone Exaggerates

I don't know if it's any different for boys than it is for girls, but I had to potty train my daughter twice (she was fully potty trained at 2 and then had a traumatic event and reversed when she was 3) and both times I did it the same way.

Put him in Pull Ups immediately!! Get rid of any diapers you have. Kids associate diapers with their parents changing them. Explain to him that pull ups are for big boys and make him feel really special about being able to wear them. Let him know that he can pull them up and down on his own. Also, take him to the store and have him pick out some underwear that he likes. Tell him that he can wear his new underwear once he starts going to the potty. If he really likes his pull ups and his underwear he won't want to ruin them by going potty in them. Anytime he goes potty in his pull ups just take him to the bathroom and sit him on the potty. If he pooped in the pull ups, then dump the poop in the toilet and show him that's where it goes. Eventually he will associate the toilet with going potty and will try on his own. When he tries to use the potty, praise him a lot!! Don't ever get mad at him for accidents because he will be having a TON of accidents.

Personally, I don't like the idea of bribing a child to use the potty. They are only going to try to go potty for the present instead of learning that they go on the potty when they have "that feeling". It's really important for them to associate "that feeling" with the toilet. That's why you place them on the toilet every time they potty in their pull up.

You can also buy a few of those portable potty's and put one in his room, one in the family room and one in the bathroom... wherever you hang out the most in the house.

Also, I believe when potty training boys, the male role model is supposed to start sitting down while peeing and let him watch. He will be confused if he sees you standing up peeing and you and Jen will be cleaning piss from every wall and the ceiling in the bathroom!!

Our boys did much better at actually GOING to the toiler when we took the pullups out of the equation.
Everyone Exaggerates

As soon as I sent the wife away for 2 weeks to go see her folks, that cleared right up